A Successful Collaboration with Al Khalediah!

Michael Byatt's influence on the enormously successful farm of Al Khalediah in Saudi Arabia is epic in proportions.

With few exceptions, no trophy room was filled with so many World, US, and International trophies as that of Al Khaeldiah; many through the advice of Michael Byatt. 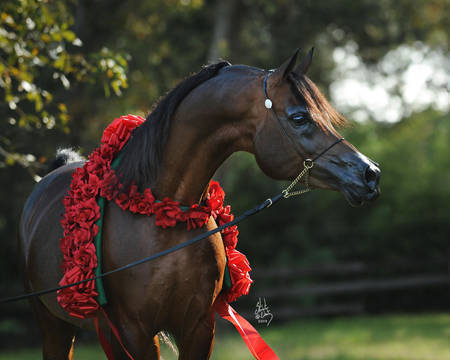 The roster is both staggering and historical.

And then there was the powerful beauty, Robin K, who Michael found at breeder Murilo Kammers farm in Brazil who went on to be World Champion Mare. As a note of interest, Robin K is a granddaughter of NV Gypsy Wind, the first ever Arabian mare of Mr. Kammer's (purchased through Michael) who was in foal to Emperator, a stallion Michael showed to World Champion in 1992.

The team of Michael and Al Khalediah was, for years, the team to beat. This formidable combination never disappointed from Riyadh to Towerlands, Belgium to Paris, Dubai, Las Vegas, and Lexington.

Michael extends his congratulations to the handlers of some of these horses and many of the others worldwide that Michael selected for their discerning buyers.